The social implications of the rise in social media amongst teenagers, the subsequent detrimental effects on body-image and self-esteem by Rowan Grosvenor

If you would like to talk to me about my 1-2-1 coaching or other coaching programmes, please book in a free consulation call
Click Here

According to the Child Mind Institute, depression among teenagers and young adults has undoubtedly become more common, but whether this increase in depression can directly correlate to the rise in social media is still up for debate. I believe that due to the rise in social media use, there has been an increase in self-awareness – which in some ways can be both beneficial and detrimental.

There is a natural human tendency to want to better oneself. Whether that’s in education, in business, in your relationships or just with bettering your aesthetics through the indulgence of materialism. This need to better ones-self is nothing new, it has been around for the whole of human existence. However, it is noteworthy, that in the past five years there has been a significant uprising of self-help strategies that have been marketed to adolescents. This idea of wanting to better yourself is supported by dosomething.org stating

‘7 in 10 girls believe that they are not good enough or don’t measure up in some way, including their looks, performance in school and relationships with friends and family members.’

This suggests a greater insecurity among society, that is ingrained into women in particular.

How body-types have become their own modern trend cycle

There is a new social pressure of upholding yourself on social media which is something unseen by older generations. Social media has made it almost impossible to avoid insecurity, as there is a constant cycle of brand’s marketing new insecurities to women (in particular), to profit off society’s shortcomings. Trend cycles have grown increasingly inconsistent and fluctuate, which coincides with the changing of beauty standards. Trend cycles don’t exclude body types either – in fact the current fashion trends often coincide with what body-type is considered the most “desirable” and socially acceptable. 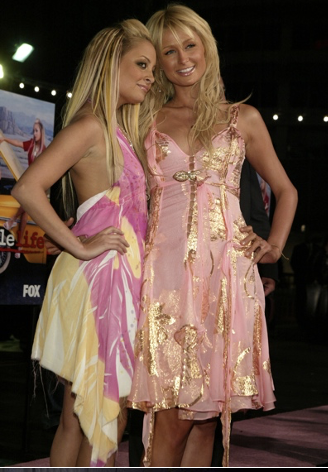 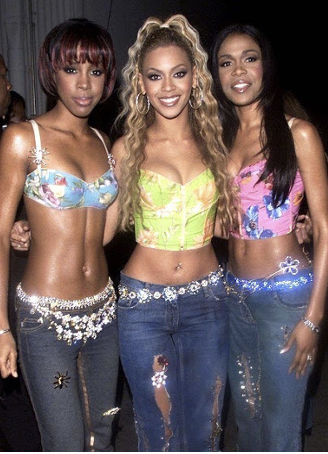 According to mentalhealth.org.uk ‘Just over one in five adults (22%) and 40% of teenagers said images on social media caused them to worry about their body image’. This demonstrates how social media has catalysed insecurities in young adults, and has made them feel insufficient compared to the ‘perfect’ physiques displayed online. It also suggests that this current generation could have the lowest self-esteem and body-image to date.

This idea of body types being a trend can be seen in the early 2000’s, as the 90’s super model look was extremely popular amongst celebrities like Paris Hilton, Nicole Richie, and the Olsen twins. This is when ‘skinny’ was extremely popular, and this appearance was sometimes dangerous to achieve, as it led some people down the route of unhealthy eating habits in order to maintain the perfect size. Notably, ‘Y2K’ fashion has made it’s way back into popularity in recent years, which also signifies how ‘skinny’ will always be deemed socially acceptable. This faster recurrence of trends also shows how quickly body types can go in and out of fashion, this subsequently puts an immense pressure on teenage girls to mould to new ‘in’ body, regardless of their natural disposition.

‘Just over one third of adults said they had ever felt anxious (34%) or depressed (35%) because of their body image’sourced from mentalhealth.org.uk 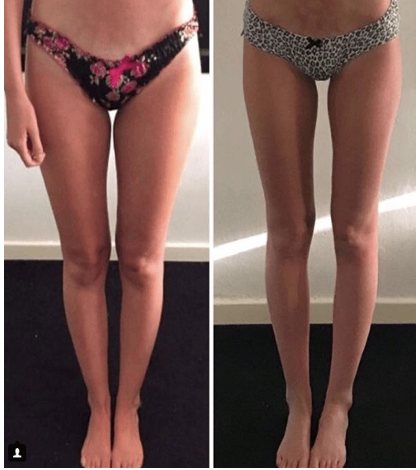 This ‘skinny’ body type was upheld into the mid 2010’s as of social media platforms such as Tumblr. This platform embodied unhealthy attitudes to food and body image especially among young impressionable girls. There were posts of ‘thinspiration’ in which girls would share their unnaturally attained thigh gaps, as well as tips to stay skinny, as accomplishing beauty is unfortunately one of the most significant parts of development as a woman. Skinny was an aesthetic in its own right, as clothing was often seen as more fashionable by default just by being worn by a smaller body. 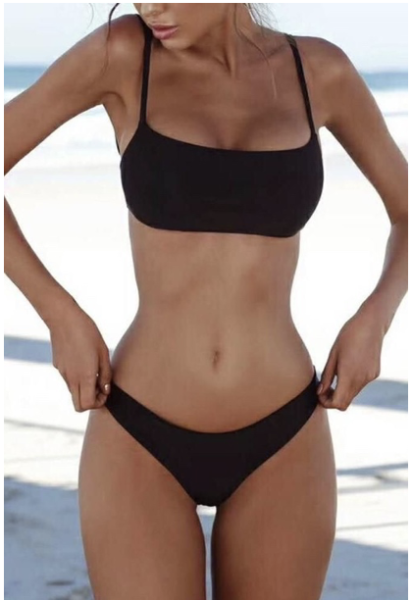 As it’s full of ‘body inspiration’ and pictures of women who have most likely been edited or enhanced in some way. There is a more ‘candid’ atmosphere to Pinterest, as people post casual pictures of aesthetic outfits, food, and generally conventionally attractive people. This idea of almost ‘perfect’ women behaving candidly is more harmful as it creates the idea that women should naturally look a certain way and doesn’t address the number of enhancements made to images before posting them. I think this more ‘candid’ approach may seemingly appear casual; however, I believe it’s inherently problematic as it makes you question the quality of your own life, and question why you can’t achieve such an aesthetically pleasing appearance. Despite being a platform to share inspiration, I believe it’s innately performative, and this performativity is directly harmful towards teenage girls. As Pinterest promotes the idea of a perfect lifestyle, and how this lifestyle is meant fundamentally be effortless – therefore, leading to a lower self-esteem within those who don’t feel as though their life is ‘Pinterest worthy’. It creates unrealistic standards of not only beauty but also lifestyle as you’re expected to remain “put together” at all times. 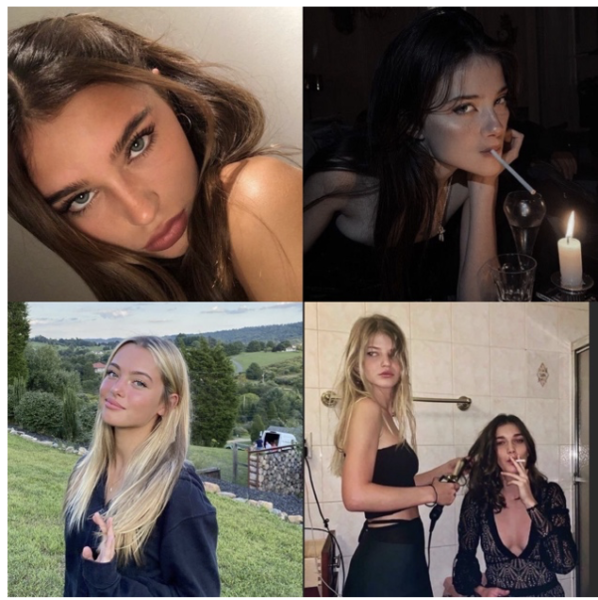 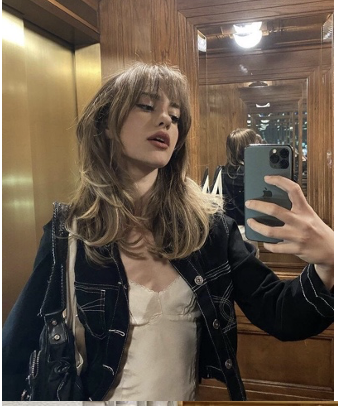 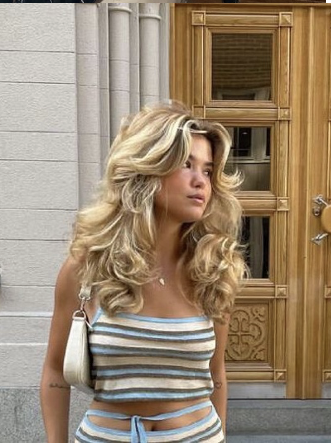 However, I feel that TikTok is the biggest culprit at damaging young girls’ self-esteem.

As personally, TikTok brought so many new insecurities to the forefront of my mind in a way that no other platform has. As TikTok praises certain features, and often many creators only gain traction due to their level of attractiveness. This as well as many other trends that make you ‘body check’ have been extremely harmful and have made me aware of things that I wasn’t aware were ‘problems’ i.e. a bigger nose, hip dips, facial asymmetry, an ‘ugly’ side profile and many others. It’s almost as if TikTok markets new insecurities to young women to promote new beauty products. As there is an immense number of ‘beauty hacks’ and products being sold to guarantee results, that are often misleading or just complete scams. 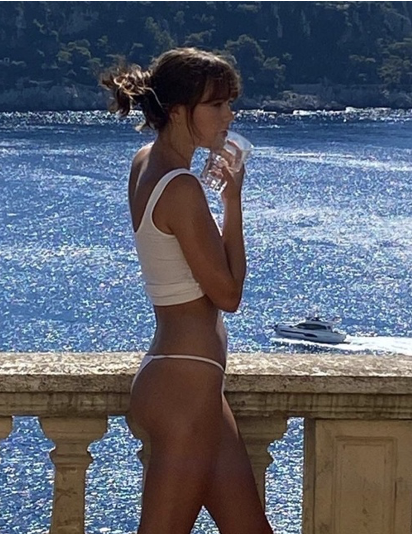 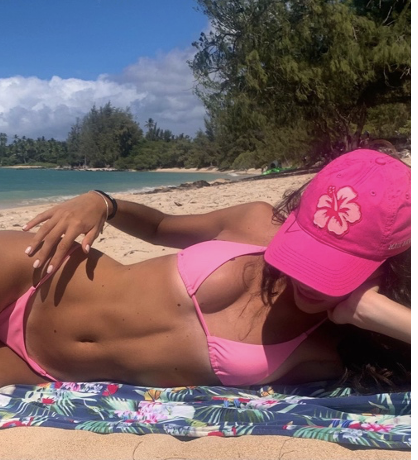 This false advertisement only makes girls’ self-esteem worse, as they are left feeling even more insecure after these products or beauty practices show little to no results. I personally have fallen into the trap of facial exercises that are guaranteed to give you a perfect ‘side profile’ or quick workouts to give you that ‘hour glass’ figure that realistically achieve virtually nothing. This cycle of promoting new insecurities is nothing new to society’s standards, as a world with insecurities is what corporations need to make profit. However, I think it’s significant how easily teenage girls can become insecure due to the accessibility of platforms like TikTok and Instagram.

“About 20% of teens will experience depression before they reach adulthood”- dosomething.org.

This demonstrates how depression has become even more common among younger people and suggests how, despite it being more common, there is still a negative stigma around expressing mental health struggles.

The performativity of teenage girls online, and the successive dangers

I think there’s also a performativity to teenage-hood that is attributed to Gen Z as there’s a new standard of having an ‘aesthetic’ friend group, and consistently posting candid pictures of said group. I think this leaves no room for spontaneity, as often people my age with plan to meet up with their friends to take pictures. This is an extreme pressure that I myself have felt, almost to uphold some unspoken social rule of proving that you have friends. I think many girls have fallen into the trap of performance, as girls, in particular, are expected to look desirable and fun at all times. This is a strange paradox among teenage girls, as they almost want to appear as mature as possible, and maintain their social image of sexual maturity despite being young. ‘Students, especially women, who consume more mainstream media, place a greater importance on sexiness and overall appearance than those who do not consume as much’. 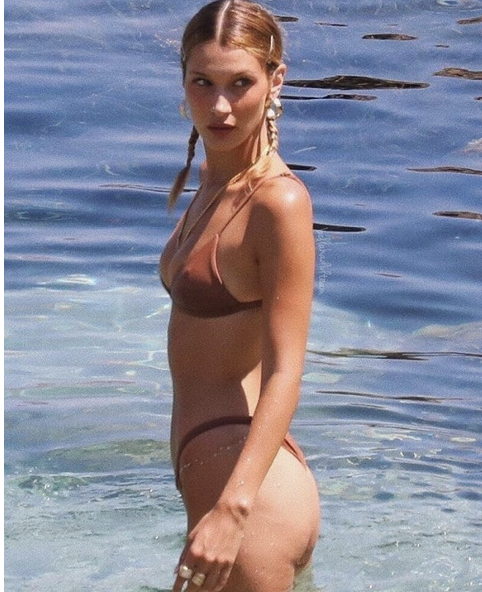 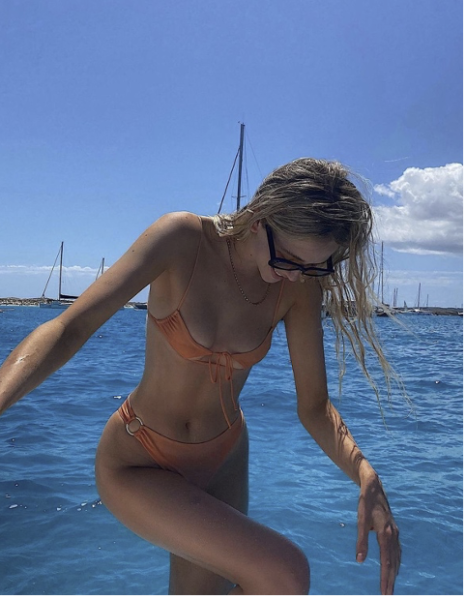 There is a danger for young women on the internet, which has been apparent since it’s creation. But it’s striking to witness that girls of younger ages are trying to emulate the look of an adult woman, to appear more attractive to boys and sometimes to men. I’ve noticed that there’s no room for an ‘ugly’ or ‘geeky’ phase anymore, and young teens are expected to already be considered pretty or attractive even despite the conflicting emotions they may be experiencing as they grow into themselves more comfortably. This leads to even worse self-esteem among teens, as according to dosomething.org ‘75% of girls with low self-esteem reported engaging in negative activities like cutting, bullying, smoking, drinking, or disordered eating’! This truly shows how dangerous low-esteem can be for young girls, as they are resorting to unhealthy coping mechanisms. I personally have struggled with wanting to feel as attractive and as pretty as possible, despite only being sixteen. My appearance, although it doesn’t both me anymore, I found that as a younger teenager, I often avoided social interaction as I was worried about what others would think of me. This led me to miss opportunities, just due to my lower self -esteem as a 13/14-year-old.

This thought process is unfortunately all too common among young girls, as many of my friends have expressed discomfort when taking pictures during social gatherings, which just proves how difficult it is to develop during such harsh societal beauty conditions for young women.

‘In the UK, four out of five people between the ages of 16 to 24 report that using Twitter, Facebook, Instagram or Snapchat makes their anxiety worse’  this highlights the correlation between anxiety and social media usage, as well as the negative effects of the easy accessibility of these platforms.

Overall, I believe that despite social media’s initial intended design of being a place to learn, and social network, it has become the complete opposite. It’s become a breeding ground for insecurity, and a place that seems to only include conventionally attractive bodies, and those deemed ‘worthy’ enough. It’s a place where attractive people are praised for simply existing in the world, where others are completely scrutinised for things that can’t control. Ultimately enabling low self-esteem and over comparison among girls especially.

Our Spring Sale Has Started

You can see how this popup was set up in our step-by-step guide: https://wppopupmaker.com/guides/auto-opening-announcement-popups/